Blue Suitcase is a full-service production company founded by award-winning filmmakers David Hartstein and Sam Wainwright Douglas in Austin, Texas. With over twenty years of experience, our team thrives in working across a broad spectrum of projects, whether feature documentary, long form narrative, brand films, explainer videos, corporate communications, or virtual events. We do it all, and we love what we do! We’re also passionate about music, Tex-Mex Fridays, and margaritas. 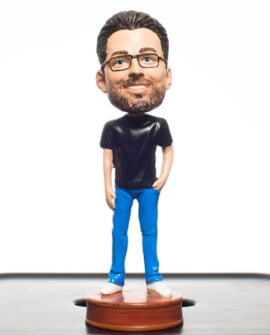 David is an Emmy and Independent Spirit Award-winning feature film producer of documentary, fiction, and commercials. Most recently, his narrative feature Sister Aimee (2019) premiered at Sundance and was later released theatrically and across digital platforms. David was a producing fellow at the Biennale Cinema College in Venice and proudly served on the Filmmaker Advisory Committee to the Austin Film Society. His credits include Barracuda (2017), The Honor Farm (2017), The Sensitives (2017), Through the Repellent Fence (2017), and Where Soldiers Come From (2011) among others. David has produced and directed award-winning sponsored content for clients such as Wounded Warrior Project, Oral-B, Texas Children’s Hospital, and Indeed. David is married to Emily Ramshaw, founder and CEO of The 19th. 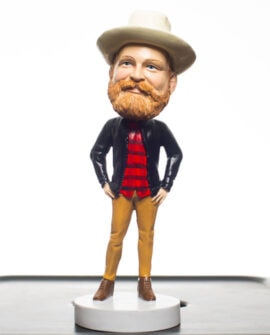 Sam is a director and editor working in Austin, TX. Recently Sam directed Hot Grease, a documentary film about the biodiesel industry for Discovery Channel. He directed Through the Repellent Fence, which premiered in 2017 at the prestigious Museum of Modern Art Doc Fortnight in New York and then went on to South by Southwest, Full Frame Documentary Film Festival, and a national PBS broadcast. In 2016, Honky Tonk Heaven, co-directed with Brenda Mitchell, premiered and won an audience award at South by Southwest. The film had its European premiere at International Documentary Festival Amsterdam (IDFA), and was later broadcast nationally on PBS. Sam edited and produced No No: A Dockumentary, a sports film about notorious Pittsburgh Pirate pitcher Dock Ellis, which premiered at the 2014 Sundance Film Festival, screened theatrically, and was broadcast on Showtime and ESPN Classics. Sam also edited and produced the PBS documentary LaDonna Harris: Indian 101, which was executive produced by Johnny Depp, and he directed the PBS documentary Citizen Architect: Samuel Mockbee and the Spirit of the Rural Studio in 2010. 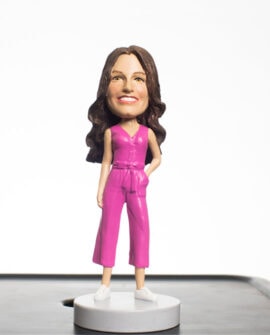 Shelby Hadden is a writer, producer, and documentary filmmaker whose films have screened at festivals around the world, including Annecy International Animated Film Festival, DOC NYC, and New Orleans Film Festival. She’s been featured on CBS’s The Doctors and in publications such as Variety, Cosmopolitan, and IndieWire. Her latest work focuses on raising awareness of pelvic floor dysfunction and chronic pelvic pain — from publishing essays in BUST Magazine and Refinery29 to producing her award-winning short animated film, Tightly Wound. Tightly Wound was acquired by Condé Nast and has over 3.9 million views on YouTube. An advocate for a sex-positive culture/society, Shelby presented a TEDx talk titled, “Why We All Lose When We Talk About Virginity,” which argued for a more sex-positive framework for early sexual experiences. Her producing credits include co-producer on the New York Times Op Doc To Be Queen and associate producer on Sister Aimee, which premiered at Sundance Film Festival in 2019. Shelby has also been a lecturer at The University of Texas at Austin and Texas State University.

We’ve done iT for them, and we can do it for you.